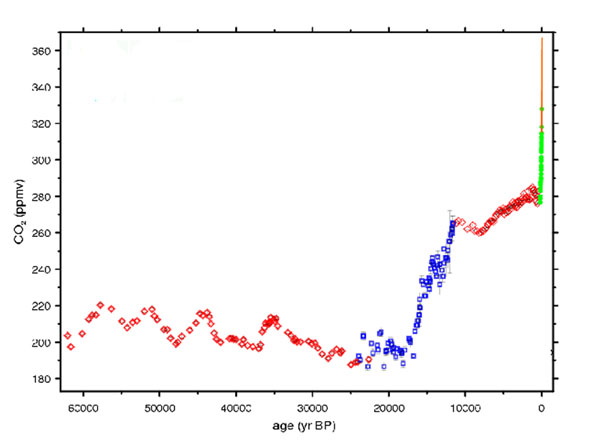 From Sir David King’s Plenary Lecture at the AAAS, Global Warming: The Imperatives for Action (see link below).

In less than 200 years, human activity has increased the atmospheric concentration of greenhouse gases by some 50% relative to pre-industrial levels. At about 372 ppm, today's atmospheric carbon dioxide level is higher than at any time in at least the past 420,000 years. Figure source: University of Berne and NOAA.

The purpose of this site is to provide background information on Global Climate Change site. Suggestions for other links and reports would be greatly appreciated. Please send suggestions for information or your comments for posting as an email attachment to Dale Meade .

Fusion as an Energy Source